For Admissions, Call us at: 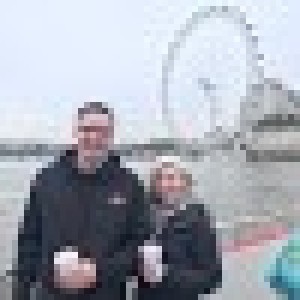 Mental illness is not just an affliction that you are born with; mental illnesses can develop over time, whether as something that was predestined to occur or as an illness that develops over time. While some mental illnesses are certainly not generally found in young people, like Alzheimer’s disease, others such as depression can strike as early as childhood and mental illnesses like ADHD, though over diagnosed, does affect many children and adults. Young adults can suffer from a wide range of mental illnesses, and are more commonly afflicted for the first time than any other age group because of their rapidly developing brains and the many new circumstances to which they are exposed to during their late teens and early twenties. Young adults are not necessarily particularly vulnerable; however, whatever mental illnesses they were possibly born with are more likely to come out of dormancy at this point in their lives. Schizophrenia is one mental illness that often strikes for the first time in young adults. Individuals may suffer moodiness or paranoia, which can both be potentially recognized by a loved one and reported to the individual’s physician. Other warning signs might include the young adult hearing voices or seeing things that are not there. Schizophrenic individuals may also experience apathy or lack of emotions and might become worse at social functions. They may also begin to have trouble concentrating or following directions and completing tasks, and their memories might suffer. Schizophrenic patients also almost always begin feeling depressed before their symptoms degenerate. Depression is another mental illness that is very common in young adults. It is characterized by feelings of extreme helplessness, hopelessness, and is not nearly the same thing as “feeling blue” or being “down”. Depression is a serious mental condition that affects millions of Americans, and can cause suicidal thoughts as well as over, or under-eating, over, or under-sleeping, and a change in moods. Depression is not something that people can just “get over” or “snap out of”, and may in fact require medication or therapy or a combination of both before the individual begins to see a lifting of their symptoms. The symptoms of depression can come and go, and are similar but slightly different from the symptoms of bipolar disorder. Bipolar disorder, which is also known as manic depression, can be managed with medication. It is characterized with intense manic or “high” periods in which the individual becomes overly enthusiastic or optimistic and may begin tasks or plans that are not feasible. These high periods are followed by crashes and intense “lows”, which can involve sleeping all day, feeling hopeless, suicide attempts, and other symptoms shared with depression. ADHD is more of a disorder than a disease as it does not often seriously impair a young adult’s ability to function normally in society, however it is possible for a young adult to have ADHD that does affect their ability to hold a job or otherwise function individually. This disorder often involves an inability to focus, being easily distracted, and similar kinds of symptoms. It may be made apparent in forgetfulness that is almost chronic or in an inability to hold still, and also with a hyper-focus on certain activities. The diagnosis of a mental illness should be left to medical professionals; however it is often up to the family and loved ones of the affected young adult to recognize the symptoms before the individual can get treatment. Many mentally ill individuals do not know that they are suffering, or do not wish for various reasons related to their illness to seek treatment on their own. People who love anyone affected by the above mentioned mental illnesses and by other mental illnesses should make a list of the specific symptoms that they see so that they can present these symptoms to a mental health specialist. Symptoms that you should look out for include changes in sleeping and eating patters, weight gain or loss, changes in personality, an inability to function normally, paranoia, aggression, and other unusual behavior. Even a feeling that something is “off” with a loved one might warrant extra attention or even investigation to help them get help with their mental illness. No matter what symptoms are displayed, no diagnosis can be made until the individual who is suffering is taken to a doctor. A person taken to the hospital by police is likely to be treated and released quickly without enough attention paid to their actual needs. It is up to the family and loved ones of young adults affected by mental illness to get them help.